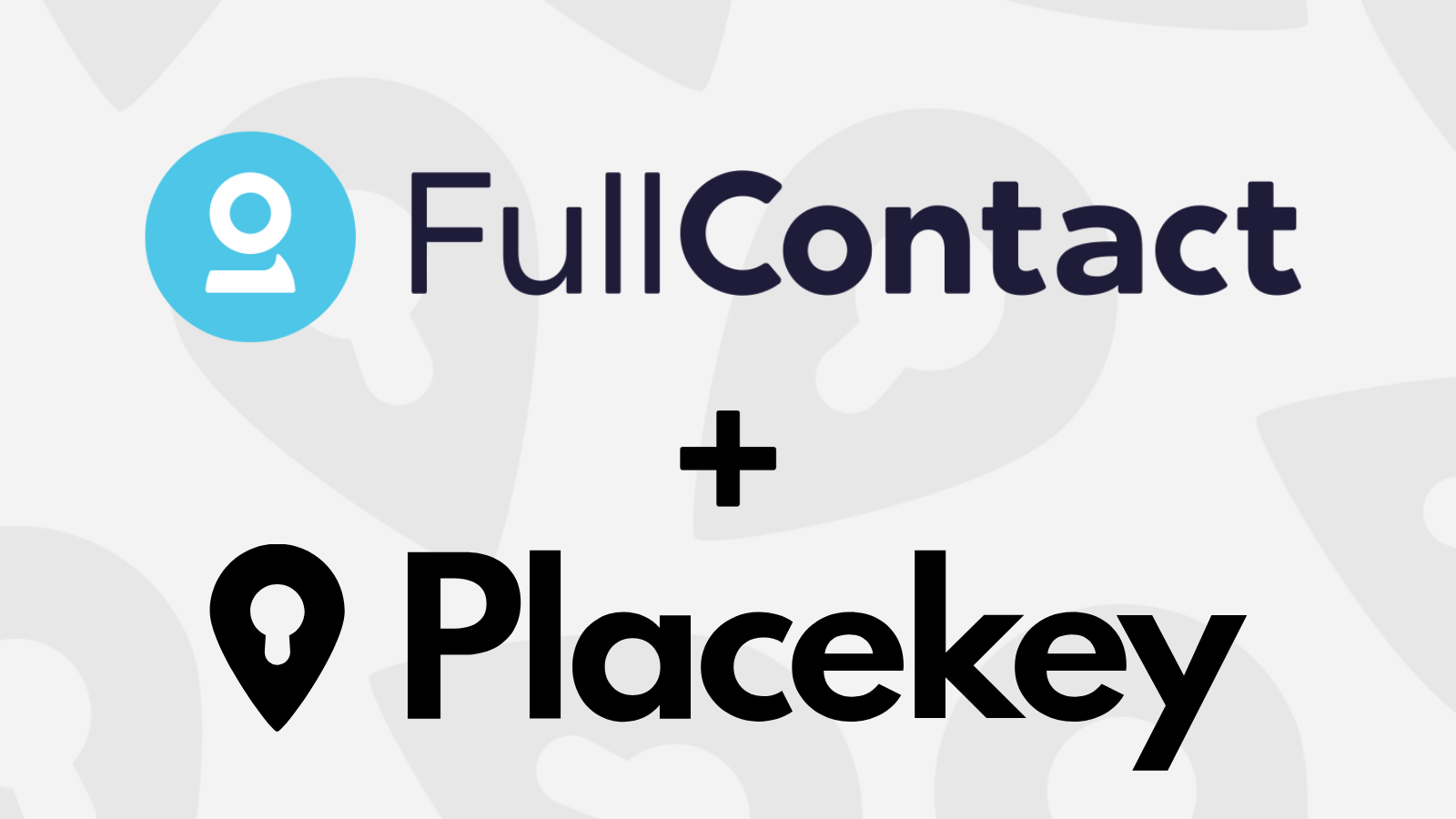 Read more about the partnership in the press announcement, and at FullContact's site.

Placekey has announced a new partnership with FullContact, an industry leader in consumer Identity Resolution as a service. As part of the newly-launched partnership, FullContact has appended the unique Placekey identifier to their Identity Graph, extending interoperability between different SaaS providers using the Placekey as the universal replacement for an address. For FullContact’s customers, this partnership lets them use Placekey as a join key to resolve customer data. Placekey lets FullContact easily join first and third-party data to any number of live datasets, which means better data interoperability, and decreased onboarding time.

Leveraging Placekey enables us to sidestep the complexity inherent in dealing with addresses and location data.

Ken Michie, FullContact’s VP of Technology, talked with us about the FullContact partnership with Placekey: “FullContact is thrilled about this partnership. Leveraging Placekey enables us to sidestep the complexity inherent in dealing with addresses and location data,” he says. "Combining the power of Placekey's unique location ID with FullContact's full spectrum Identity Graph, the use cases are only limited to one's imagination. Given each platforms scalable API, we see a great opportunity to power more in-the-moment engagements for brands around advertising and audiences, regardless of medium." Read more from our exclusive interview with Ken Michie here.

To learn about how Placekey works, visit our How it Works page

And to join the largest Slack community for geospatial data enthusiasts, sign up here.