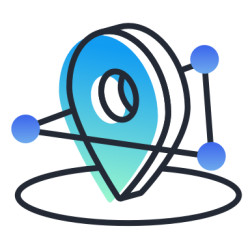 This tutorial will teach you how to join POI and non-POI datasets with Placekey using Python in a Google Colab environment.

The goal of this tutorial is to get you familiar with the process of joining POI data with non-POI data on Placekey, including the limitations and considerations to be aware of.

Check out the Google Colab notebook for this tutorial so you can access the code and run it for yourself!

Before moving forward, make sure you are familiar with Placekey. There are a growing number of resources available:

In the first code block, we install the Python Placekey package in our Google Colab environment and import the necessary packages.

Run this code block to authenticate yourself with Google, giving you access to the datasets.

Replace the asterisks below with your Placekey API key. If you don’t have one yet, it’s completely free.

First, define a couple functions to make it easier to read in the datasets.

The Places dataset contains info about all POIs in San Francisco. This particular version of Places is from the October 2020 release. Column descriptions and more information can be found in the docs.

The San Francisco Parking Meters dataset comes from DataSF. It was pulled on January 10, 2021. When we read the data in, we're filtering to just a few columns.

Convert the dataframe to JSON

Each row will be represented by a JSON object, so that it conforms to the Placekey API.

After getting the responses, we convert them to a dataframe stored in df_placekeys.

This step will take a couple minutes. Rate limiting is automatically handled by the Python library and Placekey API.

All 33,288 parking meters were given a Placekey in less than 5 minutes!

Add Placekeys back to the original Parking Meters dataset

To match these non-POI parking meters with our POIs, we must reduce the POI Placekeys to just the WHERE component. Then our merge will be apples-to-apples.

Now, we are ready to join the datasets on Placekey. For simplicity, our use case will be to count nearby parking meters for each POI.

How would we solve without Placekey?

First, we will count parking meters in the same hex as each POI. There are several shortcomings to this approach, which we will address momentarily. We group the meters by Placekey, counting the number of parking meters that reside in each hex.

This approach is simple, but it has a problem. What if a POI is located near the edge of its hexagon? This approach might not count parking meters that could be right next to the POI if they happen to be in different hexagons. For example, the orange dot below shares a hexagon with the black dot, but it is clearly much closer to the blue dot.

We can eliminate some of the problems with our previous approach by looking at the length of the shared prefix of the WHERE Placekeys. See the chart below from the Placekey whitepaper. Suppose we are interested in counting the parking meters within 443.2 meters of each POI in San Francisco. We can use the WHERE portion of Plackey to estimate these counts.

In the last section we merged on the entire 9 characters of the WHERE part of each Placekey. In this section, we match on the first 8 characters to include some of the adjacent hexes.

Although this approach is better than the "Only Same-Hex" approach, we still run the risk of missing nearby parking meters that happen to have different parent hexes. The image below shows an example of this. We can do better still.

A more thorough solution to estimate the number of nearby parking meters is to include the counts for all adjacent hexes. Python's placekey package has some useful functions to make this easier.

First, we add a column called geometry for the shape of each Placekey hexagon.

Second, we use the geometry column to find all adjacent Placekey hexagons.

Third, we explode by the list of adjacent Placekeys and merge the count of parking meters---from meters_gb---on the adjacent column.

The WHERE Placekeys represent hexagonal spaces (not perfect circles), so these counts are just estimates.

All POIs in the same hexagon are given the same estimates, even if they are on opposite sides of the hexagon. See the image below. If POIs are at the black, red, and blue dots, their parking meter counts include the counts of parking meters in each of the hexagons that are shaded gray.

Keep in mind, each hexagon has a diameter of about 132 meters, which means we can join non-POI data to POI data at high resolution.

In this tutorial, we demonstrated how to join POI and non-POI datasets with Placekey. This is made easy with the WHERE portion of Placekey, which corresponds to a unique H3 hexagon on Earth's surface, with a diameter of about 132 meters.

Along with joining the datasets, we also covered some considerations to keep in mind. For our use case of estimating the number of nearby parking meters in San Francisco, we sacrificed some accuracy to avoid computing 759 million distances for the 23,000+ POIs and 33,000+ parking meters in the city.

When joining POI and non-POI datasets, the exact process may vary to fit your needs and assumptions. This tutorial gives you the background needed to simplify that process with Placekey.